A Bit About What We Do

The Waite Company is an award-winning, results-driven, strategic communications firm specializing in all aspects of “free” and paid media messaging, public outreach and education, and corporate branding and design. Our specialty lies in finding and recommending the best way for our clients to deliver their messages, and then working with them to achieve measurable results.

Our process is tied to strategic planning, and no method of communication, whether traditional or cutting-edge, is beyond our ability to produce. If your organization is struggling to develop creative, relevant, and timely content, or if you want to pursue a communications strategy that is more flexible, measurable, and perfectly-adaptable to your unique needs and audience, then we may be the right communications firm, for you.

Our folks can consult and then get out of the way, or we can run your multi- million dollar, public education campaign, from top to bottom. More specifically? If you want your online presence, media talking points, press releases, fundraising pitches, website blog items, billboards, brochures, government affairs communications, and short videos on Facebook to all jive with one another and consistently promote your brand, then give us a call. We’re here to help.

What industries and projects do we love the most?  Pretty much anything that lets us feel like our work will make a positive impact in someone’s life.  We like being a seamless part of our client teams, integrated at a level where we can anticipate problems before they occur, and make recommendations to avoid them altogether.  Our clients vary between corporate, non-profit, and government, and hail mostly from the healthcare, tourism, and water & natural resources industries.  We also work with mid-size businesses across many sectors to improve their B2B and direct-to-consumer operations.  Many of our clients have been with us since we launched the firm six years ago, and still others have become our very good friends along the way.

We’re national in scope, with offices located in New Mexico and Florida, and we offer our clients strong professional networks in Colorado, Texas, Ohio and New York.

The Waite Company has been ranked a top ten public relations firm in New Mexico since 2014, including two years at the top of the list, and is currently ranked the #2 advertising and public relations agency in New Mexico. Since its launch in 2012, The Waite Company has received 25 industry “Cumbre” awards for various campaigns and tactics from the New Mexico Chapter of the Public Relations Society of America (PRSA).

TWC employs a large team of top-notch public relations professionals, most of whom retain membership with the NM PRSA and the PRSA. TWC Account Executive Marissa Le has served on the Board of Directors of the NM PRSA since 2016.

Our Agency Specializes In 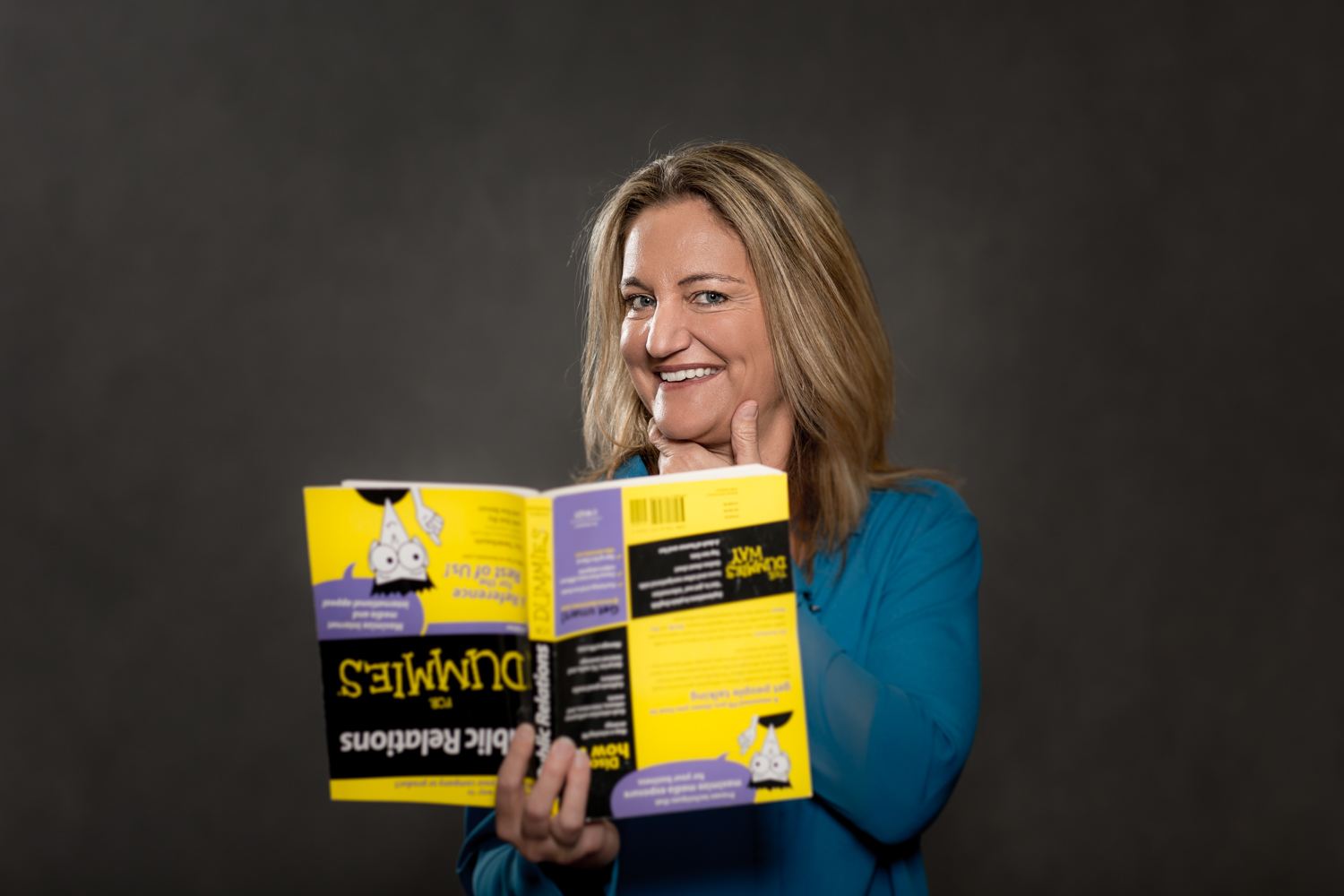 Whitney Waite, President of The Waite Company, brings nearly 20 years of strategic communications, media relations, and crisis management experience to her client’s campaigns. For nearly two decades, Waite managed political campaigns and communications for candidates and elected officials in New Mexico where her races included many at the local and district levels, as well as several for U.S. Congress, U.S. Senate, Governor, and the U.S. Presidency. Her unique and lengthy career in all levels of New Mexico politics and government earned her a position as a weekly panelist on KNME’s current affairs television show, “New Mexico in Focus,” as well as other expert source opportunities with national print news organizations, and local TV and radio outlets. In 2010, Waite accepted the position of Marketing and PR Director for Florida Southern College and in 2012, opened the first Waite Company office in Albuquerque, New Mexico. Under her leadership, The Waite Company experienced rapid growth and in 2015, was named the state’s number one PR firm by the Albuquerque Business First. She is currently spearheading Waite Company business development efforts in Florida. Waite graduated from the University of Miami (Florida) in 1993 with a B.A. in political science and international studies, is a member and past board member of the NM Public Relations Society of America, and currently serves on the Board of Directors for the Uptown Progress Team in Albuquerque, New Mexico. 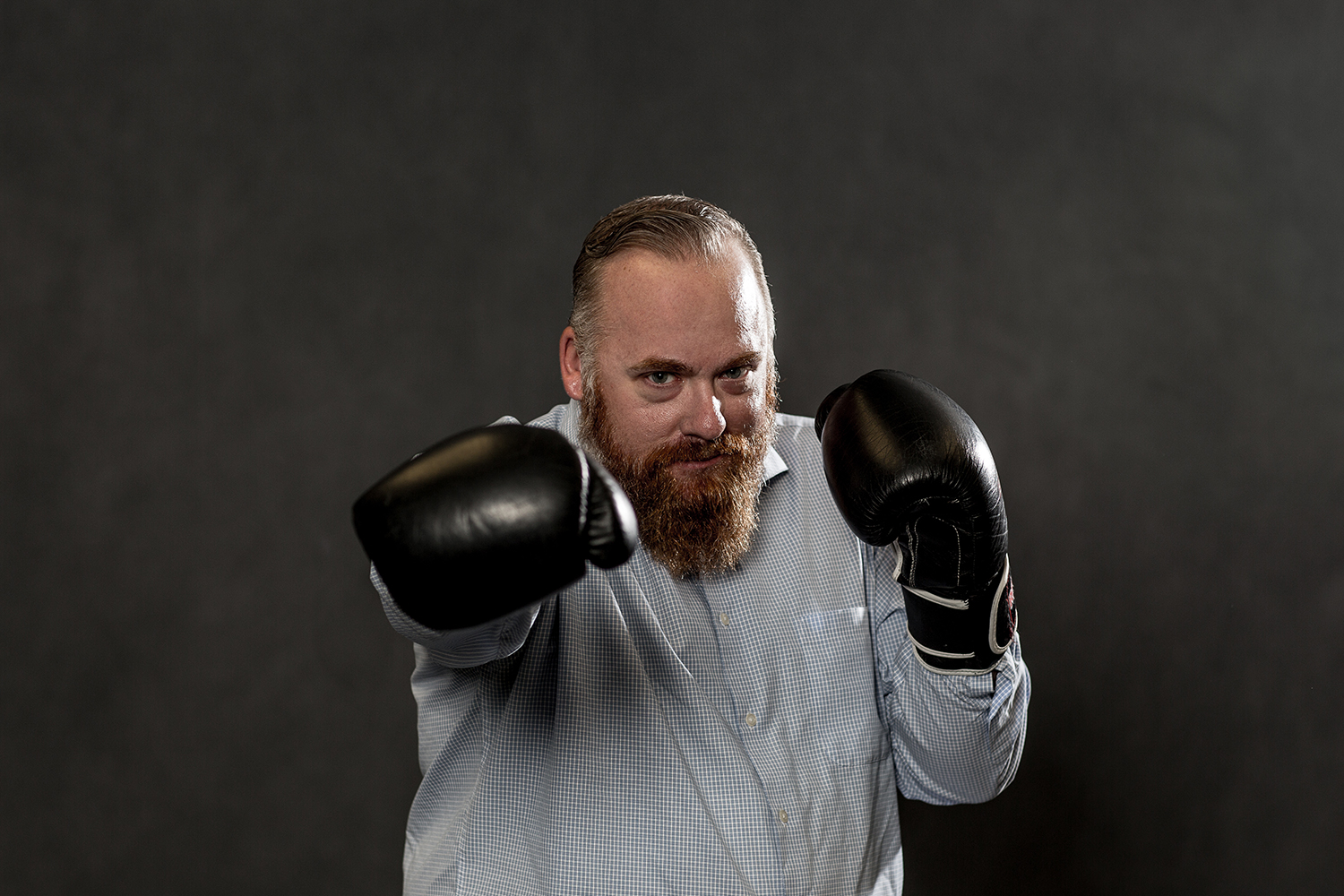 Matt Kennicott joined The Waite Company in 2016 as Vice President of Communications, bringing his ten-plus years’ experience in policy, government, campaign development and crisis communications to the benefit of client campaigns. Prior to joining The Waite Company, he served as the Director of Communications for the New Mexico Department of Transportation, where he implemented innovative strategies for delivering clear and concise messages to both internal and external audiences. Matt also possesses an extensive background in health policy and health communications having served as the Chief of Staff for the New Mexico House of Representatives Republican Caucus, the Director of Policy for Governor Susana Martinez, and Director of External Affairs and Policy for the New Mexico Human Services Department. He holds several certifications and certificates from the Federal Emergency Management Agency (FEMA) in crisis and emergency communications, training that he put to use most recently in serving as the Deputy Director of Joint Information for the Dog Head Fire near Chilili, NM in June 2016. Matt holds a BA in Political Science and US History from the University of New Mexico, and studies and teaches Krav Maga, an Israeli martial art. 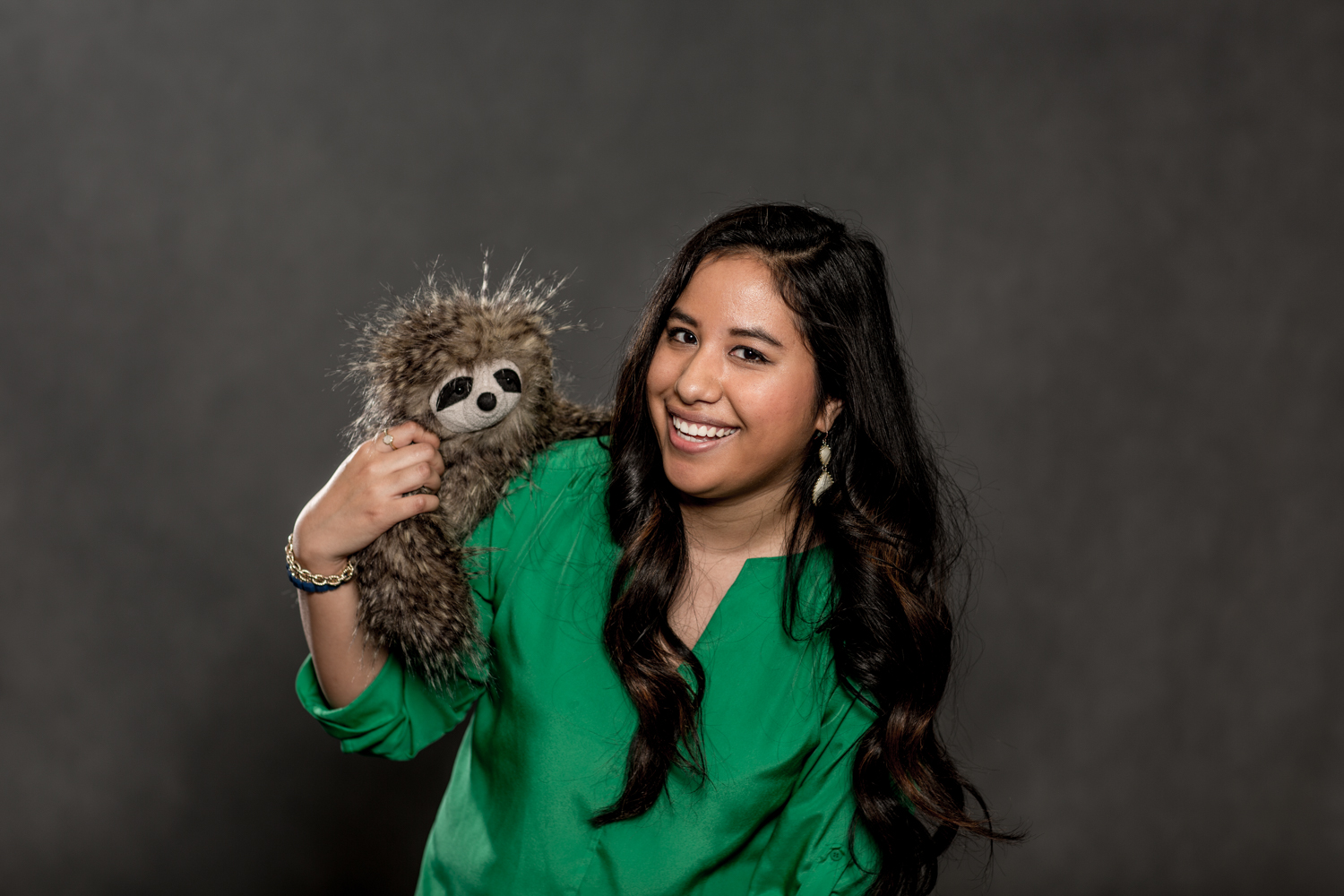 Marissa Le is our Account Executive at The Waite Company and specializes in helping members of the media tell great stories about our clients. With grit, persistence, firm leadership and an impressive eye for detail, Marissa zeroes in on potential leads, while tending to any logistical details that might be necessary to execute flawless events, campaigns, or articles. A graduate of the University of New Mexico, she has interned with The Garrity Group Public Relations and ABQ Live, as well as The Waite Company. She has served as the leader for such client campaigns as UNM Health Sciences Center, UNM Sandoval Regional Medical Center, CSI Aviation, and BeWellNM. 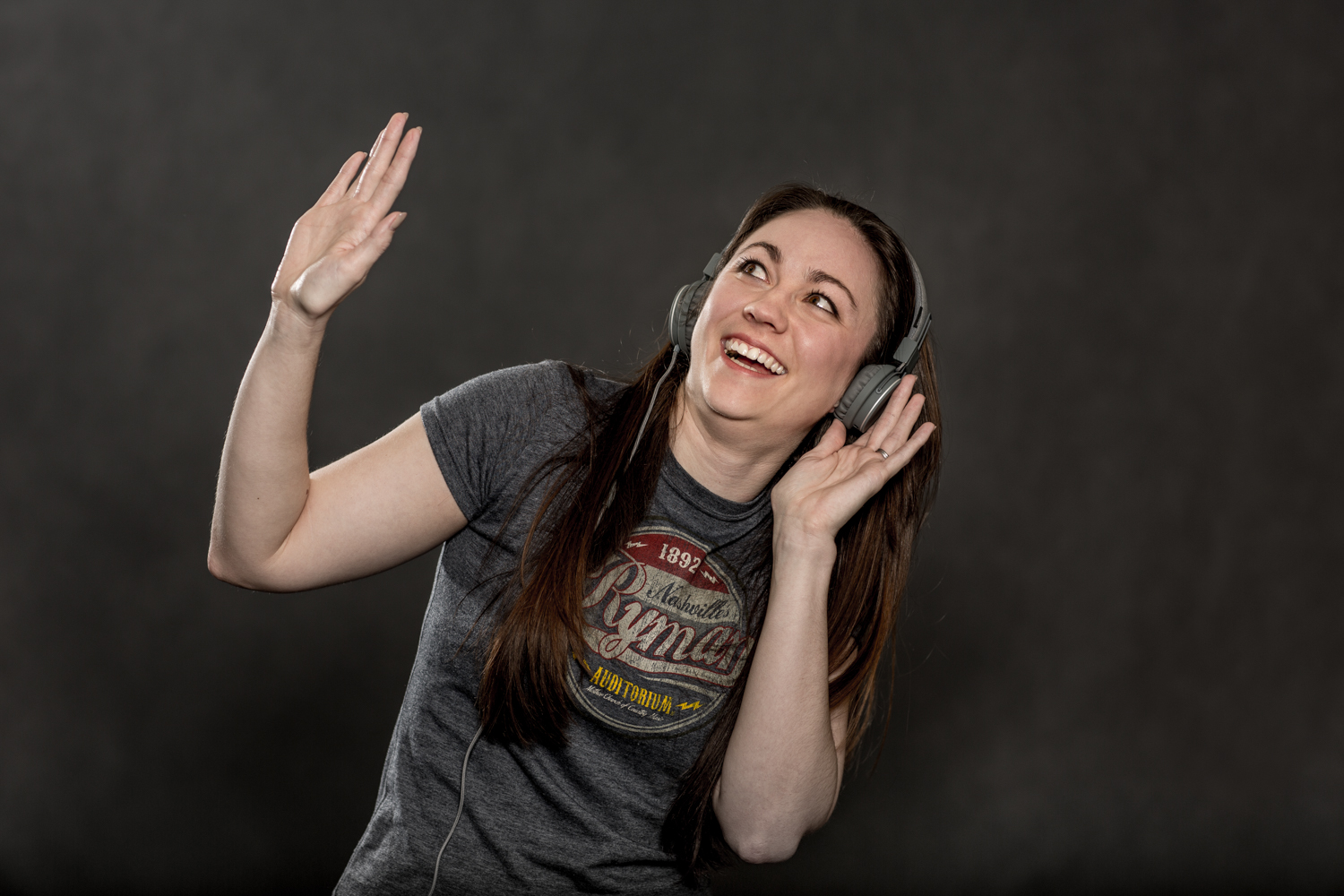 Lauren Hyde joined the Waite Company in fall 2015, and her experience and expertise in the fields of fundraising, political campaigns and event organization have made her an invaluable addition to the team. As the Development Director for the Carrie Tingley Hospital Foundation, Lauren wrote grants, created and implemented fundraising campaigns and fostered relationships with individual donors and corporations statewide. In addition, Lauren has managed mail and reported on finance for various legislative campaigns, and honed her skills on the ground floor as an assistant at the New Mexico State Legislature. Lauren’s professionalism, top-notch organizational skills and ability to multitask make her an asset not only to the Waite Company but to all clients who work with her.

Dr. Thomas D. Waite, Consulting Advisor, currently holds the position of University Research Professor of Engineering at Florida Institute of Technology. An internationally renowned environmental engineer with more than 40 years’ experience, Dr. Thomas D. Waite is at the forefront of new water and wastewater treatment technologies, including high-valence iron chemistries, and the use of high-energy electrons for environmental applications. His laboratories have led the research in these technologies, and he has designed and built full scale treatment systems. Dr. Waite brings a lifetime of experience as a researcher and practicing environmental engineer with a specialty in water quality control to this role. With advanced degrees from Northeastern and Harvard universities, he devoted himself to scholarship and research, rising to several positions at the University of Miami, including Professor of Civil Engineering, Chairman of the Department of Civil Engineering, Associate Dean of the College of Engineering, and Director of the Laboratories for Pollution Control Technologies. In 2002 Dr. Waite was appointed Program Director of the Environmental Engineering Program at NSF. Between 2005 and 2011, he was Dean of the College of Engineering at the Florida Institute of Technology. He is the author, co-author or editor of four books and more than 150 technical reports and research presentations.

Annmarie Waite is a registered nurse practitioner and nurse educator who also serves as President and CEO of the non-profit foundation, Girlfriends Guild, Inc. For twenty years, Annmarie has dedicated her professional life to improving the health and social status of women, children and families through hospital nursing as well as community initiatives to increase health awareness and promote preventative health care, nutrition, and fitness. Whether it’s taking care of babies born with AIDS or conducting examinations on children who were sexually assaulted, Annmarie administers care in the most challenging of situations for children and families. An expert in her field, she offers a highly-qualified, real world perspective on many issues surrounding Women’s Health care issues, children’s sexual assault, and pre and post- natal health. Through her vision and tireless commitment to women’s health issues, Girlfriends Guild, Inc. was established to provide financial resources, educational materials, and counseling support to women of all ages who are seeking assistance in improving their physical, emotional, and/or mental health. Annmarie Waite anticipates defending her doctoral thesis in nursing at Barry University in the fall of 2014.

Some of Our Design Work

Follow us for the latest at The Waite Company

Send Us a Message